It’s no secret that Georgia has been recognized for its exceptional business-friendly environment. In fact, Site Selection has named it the number one state for doing business for eight consecutive years. That kind of reputation undoubtedly attracts companies of all sizes to settle in the area every year, establishing headquarters, distribution centers, customer service operations and more. And many of those organizations have found a home right here in metro Atlanta, as well as in some of the surrounding areas and throughout the State of Georgia. Ten companies recently announced that they are either relocating to or expanding or launching their businesses in metro Atlanta over the next few years. It’s an impressive list, and the region will benefit greatly from their presence. 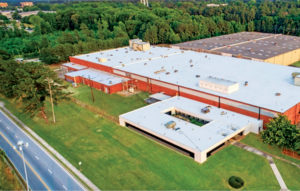 Formerly known as Battery Resourcers, a lithium-ion battery recycling and engineered materials startup, Ascend Elements is investing $43 million to open its first commercial-scale battery recycling plant in Covington. The 154,000-square-foot processing facility will be the largest of its kind in North America when fully operational in August of 2022, and it is expected to create at least 150 jobs in Newton County. The strategically located facility will have the capacity to process 30,000 metric tons of discarded lithium-ion batteries and scrap annually—the equivalent of 70,000 vehicle batteries each year. The facility’s innovative recycling process will return battery-grade lithium, cobalt and nickel back into the battery supply chain. And recycling batteries is only one component of the company’s technology; Battery Resourcers also has engineered a process to turn its recyclables back into critical battery materials. Those materials are then sold back to battery manufacturers. 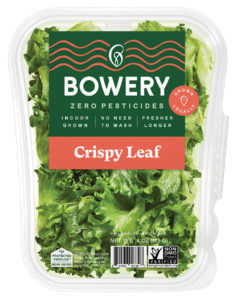 Cinelease Studios is expanding its Georgia operations, Three Ring Studio, in Covington. It will include eight new stages, enhancing the campus to a total of 14 purpose-built sound stages and providing a total of 276,000 square feet of stage space, 100,000 square feet of office space and an additional 72,800 square feet of flexible space upon its completion in 2023. The 90-acre, $144 million facility—owned and developed by a joint venture between Rahim Charania with Atlanta-based real estate firm Woodvale and Cary Goldman with Chicago-based real estate firm Timberhill Group—will be one of the largest film studios in the country and the only public-private partnership that has developed infrastructure for the film and television industry in Georgia. Cinelease first opened its Atlanta doors in 2007 with 8,000 square feet of warehouse space in East Point. 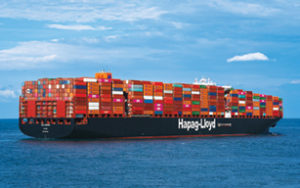 Hapag-Lloyd, a German multinational liner shipping company, will invest $18 million in its new North American headquarters to be located in Dunwoody. The new 125,000-square-foot headquarters at Three Ravinia, which is expected to bring an additional 250 jobs to metro Atlanta, will open by summer 2022. Hapag-Lloyd will be hiring for careers in finance, human resources, IT services and more. Based in Hamburg, Germany, and with a fleet of more than 250 modern container ships and a total transport capacity of 1.8 million TEUs, Hapag-Lloyd is one of the world’s leading liner shipping companies. They currently employ more than 500 Georgians across the state, and once the company’s North American headquarters project is complete, Hapag-Lloyd will employ more than 750 people in Georgia.

Known as one of the world’s largest semiconductor manufacturers and the only U.S.-based manufacturer of memory, Micron Technology Inc. opened a 93,000-square-foot, state-of-the-art memory design center in Midtown Atlanta in January 2022. The new center includes offices, a data center and research and development operations, creating 500 jobs in metro Atlanta. A Fortune 500 company, Micron is an industry leader in memory and storage solutions, and with operations across 17 countries, the company delivers innovations that fuel the data economy in key areas, including Artificial Intelligence (AI), 5G applications, data center, intelligent edge and across the client and mobile user experience. The new design center will be a key component to the company’s global technology and product development infrastructure, which has existing centers of excellence in multiple countries around the world, as well as in a number of U.S. locations.

Remington Firearms, the oldest firearms manufacturer in America, is locating its global headquarters and opening a new advanced manufacturing operation, as well as a world-class research and development center, in LaGrange, which is located approximately 65 miles southwest of Atlanta. Through these projects, Remington Firearms will invest $100 million and create 856 jobs over a five-year period in Troup County. The company will be hiring for positions in production, operations, engineering and management, as well as for careers in human resources, finance and administration in Remington’s onsite executive offices. Remington Firearms was founded in 1816 and is one of the United States’ largest domestic producers of shotguns and rifles. Several of the company’s strategic products will be manufactured in Georgia, and the new headquarters will also become home to an innovative research and development center. 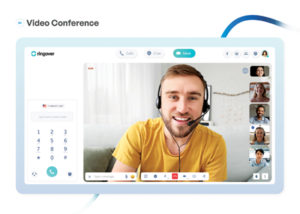 Ringer is opening its first American office in Atlanta, as the company continues to solidify its presence in the U.S. market. Earlier in 2021, Atlanta was officially designated a “La French Tech” hub, making it a part of a global network of French startups and increasing the region’s visibility as a hotbed for tech talent and investment. The company’s Atlanta headquarters will be located in Sandy Springs. Ringover, a Software as a Service (SOS) publisher and cloud communications provider to more than 10,000 companies worldwide, plans to leverage its U.S. expansion to create more than 50 jobs in the region, which will support the local economy while attracting high-end talent from the area. The firm will be hiring for a range of roles across IT, customer service, sales, marketing and more. Ringover is built with a customizable interface and easy-to-use platform, and its cloud communication solution combines telephoning, videoconferencing, texting and collaborative messaging into one user-friendly management system. 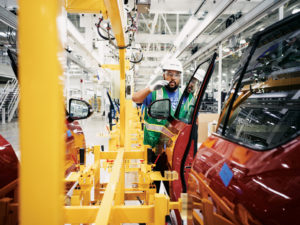 Rivian Inc. is investing $5 billion in a carbon-conscious campus in Georgia for its electric adventure vehicles. Construction of the facility, which is located at Stanton Springs North, is expected to begin in summer 2022, and the start of production is slated for 2024. Across operations, Rivian will create approximately 7,500 jobs on just under 2,000 acres located at the site known as the East Atlanta Megasite, represented by the Joint Development Authority of Jasper, Morgan, Newton and Walton counties. Once manufacturing operations are fully ramped up, the facility will be capable of producing up to 400,000 vehicles a year. Rivian’s manufacturing plant represents the single-largest economic development project in the state’s history. The entire project will support the expansion of the U.S. electric vehicle industry and serve to decarbonize the transportation and energy sectors. 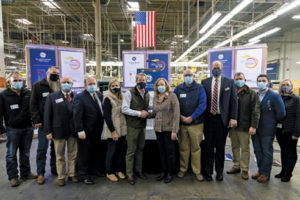 A subsidiary of GE Appliances and Walker County’s largest employer, Roper Corporation is investing $118 million in expanding its manufacturing operations and will create an additional 600 jobs in LaFayette. Positions will include supervisory and management opportunities, as well as careers in production and assembly. Currently, Roper Corporation’s LaFayette plant is responsible for producing Georgia Made cooking products, including wall ovens, cooktops and ranges for multiple GE Appliance brands. Georgia Made is a state program created to celebrate the people and industries responsible for manufacturing a wide variety of products across Georgia. In 2019, GE Appliances invested an additional $43 million in Roper Corporation, creating 100 jobs at the LaFayette facility. Once the expansion is complete, Roper will employ about 2,600 people in Northwest Georgia. GE Appliances annually spends $77 million with Georgia-located suppliers and contributes more than $2.4 billion to Georgia’s GDP. 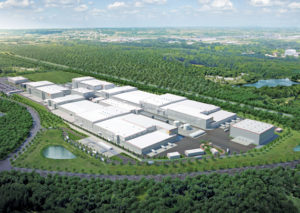 Upon opening in Covington, SK Group subsidiary company SKC and several business partners will manufacture glass-based substrates for semiconductor chips in a first-of-its-kind venture in the State of Georgia. The company will invest over $473 million in this unprecedented collaboration and create more than 400 new jobs in Newton County, including the hiring of high-tech engineers, skilled technicians and other semiconductor field-experienced talent. The company established itself in Newton County in 1996. Since that time, its facility has become one of the major polyester films (PET film) producers in North America, providing high-quality, environmentally friendly service as a base-film market leader. Throughout the COVID-19 pandemic, the facility also pivoted manufacturing to produce face shields and other PPE safety products. The company expects to ramp up production by late summer 2023. In addition to the SKC location, SK Innovation is investing nearly $2.6 billion in developing two battery-manufacturing facilities in Jackson County to supply electric vehicles.

Economic Development in the Atlanta is exploding. Local counties and cities have ramped up their economic development efforts to match the area’s impressive evolution, and the ATL has become a magnet for even more expansion. read more

Georgia has been recognized for its exceptional business-friendly environment. Here are five of the most recent Business relocations to our fair city and its surrounding areas. read more